India has always been a land of seekers, a culture of looking inwards to find answers to the meaning of life and longing for inner peace. The country with such a huge diversity and culture also has a range of spiritual and religious beliefs, traditions and places of worship, these are most evident in the many varied spiritual places in India and make India arguably the most unique and captivating country to explore.

We have taken the utmost care to compile a list of spiritual destinations in India, where the focus is towards peace, self-reflection, natural beauty and looking inwards. While many of these are also religious places, the focus was always on the places with spiritual significance.
Best Spiritual Destinations in India
1. Varanasi, Uttar Pradesh 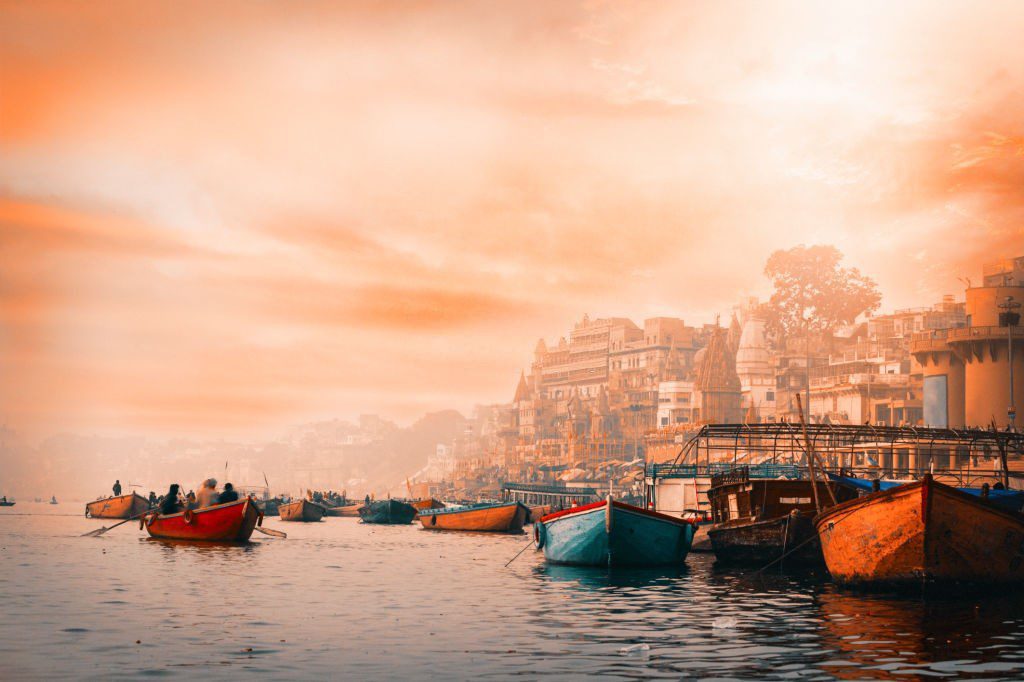 Spirituality has a long association with time, what better place than one of the oldest inhabited cities in the world. As archaeological evidence shows, it is estimated that the city of Varanasi was inhabited as early as the 20th century BC, making it one of the world’s oldest continually inhabited cities. A 4,000 years old craft city has recently been unearthed near Varanasi.


Varanasi is also considered as the spiritual capital of India, it occupies a prime position in the list of the holiest of holy destinations for Hindus. Also knows as Benaras, it’s also an important spiritual destination for Buddhists. Gautam Buddha gave his first sermon and established Buddhism in the year 528 BC at a place called Sarnath, just outside Varanasi.

Today, Varanasi is famous, the world over for its pulsating culture, the ghats along the banks of the holy river Ganga and its 23,000 odd temples which include the Kashi Vishwanath temple dedicated to Lord Shiva with whom the city is synonymous with. Hindus believe that death in the holy city of Varanasi would lead to their salvation and this belief draws the devout like a magnet, to visit the city at least once in a lifetime. 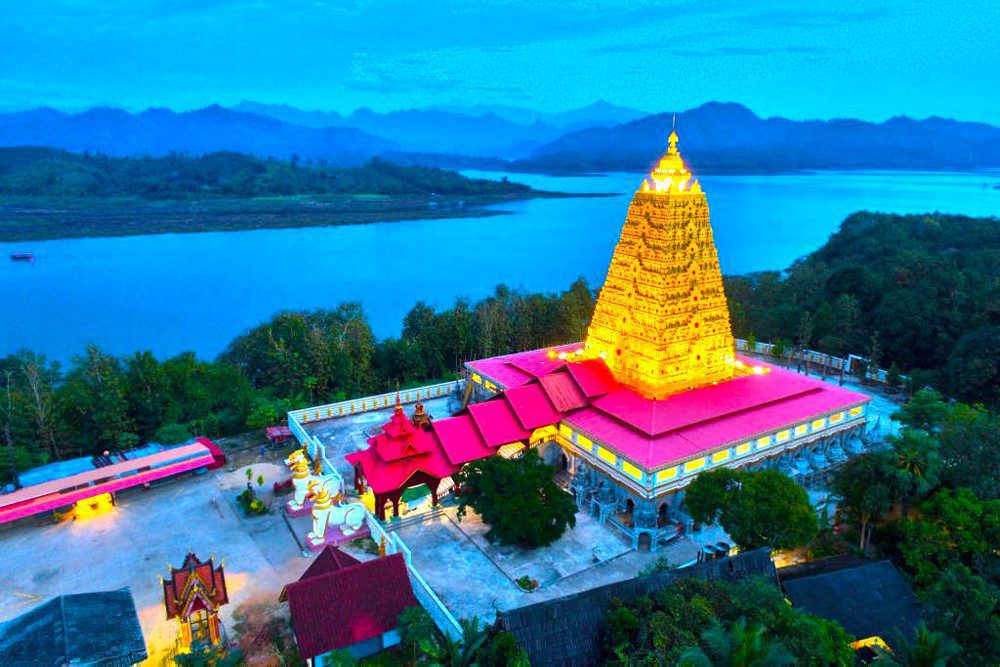 Imagine sitting down a tree where none other than Budha sat, meditated and attained enlightenment. Yes, the Bodhi tree as it is called, still stands today (rerooted Bodhi tree). It is a testimony to great ancient wisdom and heritage in India.

Bodh gaya is the most important site of Buddhist pilgrimage in the world. It is situated in the state of Bihar. The place is a sacred site of the first order, and its central temple, the UNESCO World Heritage-listed Mahabodhi Temple, is an obligatory stop on the Buddhist pilgrimage circuit.


Adjacent to the Mahabodhi Temple is the Bodhi tree itself under which Gautama Buddha is said to have attained Enlightenment 2,500 years ago. Bodh Gaya or Uruvela, as it was known during Buddha’s times, is also a major pilgrimage center for Hindus as Buddha is considered to be the ninth incarnation of Vishnu. 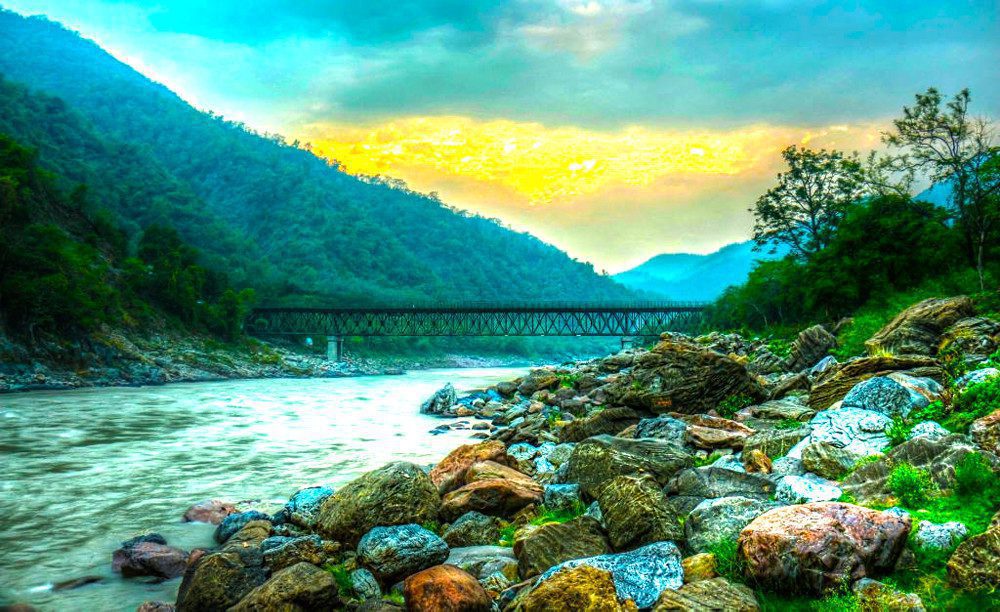 If you’ve anything to do with Yoga, you already know Rishikesh, the Yoga capital of the world. Famous as a spiritual and wellness location throughout the world, Rishikesh as a lot to offer to the modern world, from the ashrams to holy river Ganga and fresh Himalayan air. Rishikesh is the ultimate spiritual destination for all kinds of spiritual travelers.

The Beatles famously made a pilgrimage to Rishikesh in 1968, and for the traveler that wants to detox their soul, Rishikesh still has plenty to offer. 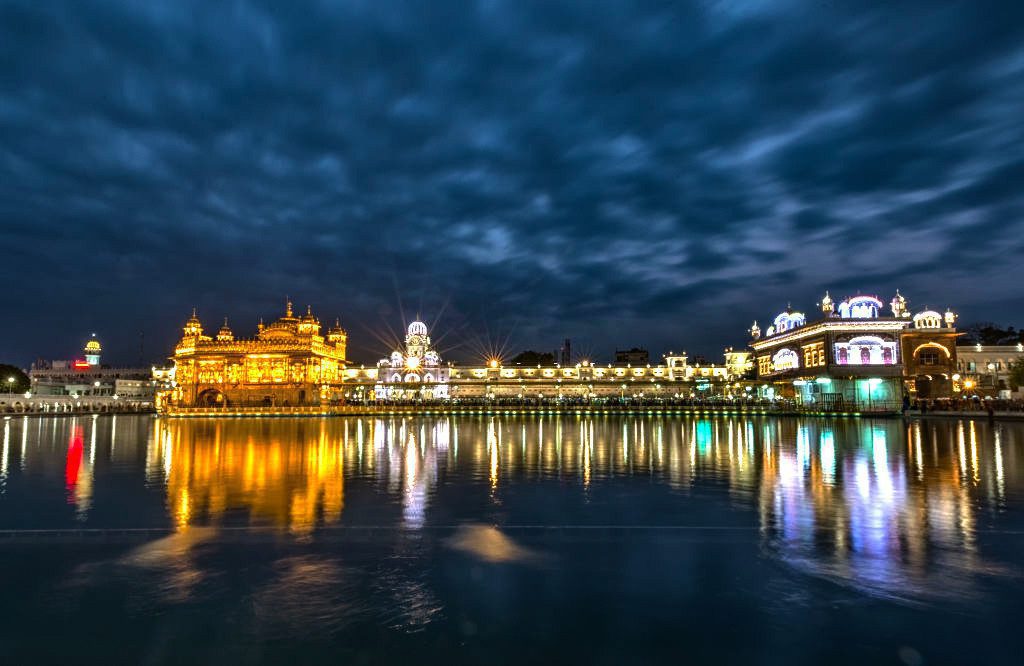 Amritsar is known across the world for the incredibly beautiful and highly revered Golden Temple or Sri Harmandir Sahib, which is one of the most prominent spiritual sites in the country.

The temple is a two-storeyed structure with its top half covered in almost 400 kg of pure gold leaf, which is what earned it its name ‘Golden Temple’. Maharaja Ranjit Singh, the leader of the Sikh empire, is believed to have initiated the construction in the 19th century. The rest of the temple complex is built in white marble, inlaid with precious and semi-precious colorful stones. The grand temple complex is awe-inspiring in its size and beauty.

As one listens to the beautiful notes of Gurbani (spiritual songs), the serene spirituality of the temple relaxes the soul. One can visit langar where a free meal is served to around 20,000 people every day at the Guru Ka Langar (community meal).

There is no segregation based on caste, creed, gender, ethnicity or nationality. It is widely regarded as the biggest kitchen in the world with a capacity to serve up to 100 thousand visitors. The entire process is managed by volunteers and is one of the most humbling experiences you can have.

The holy city of Amritsar is the most sacred place and a religious epicenter of the Sikhs and non-Sikhs; it is the fountain of Sikh faith and the Akal Takhat, the source of secular inspiration and direction. One of the best spiritual places in India to visit throughout the year. 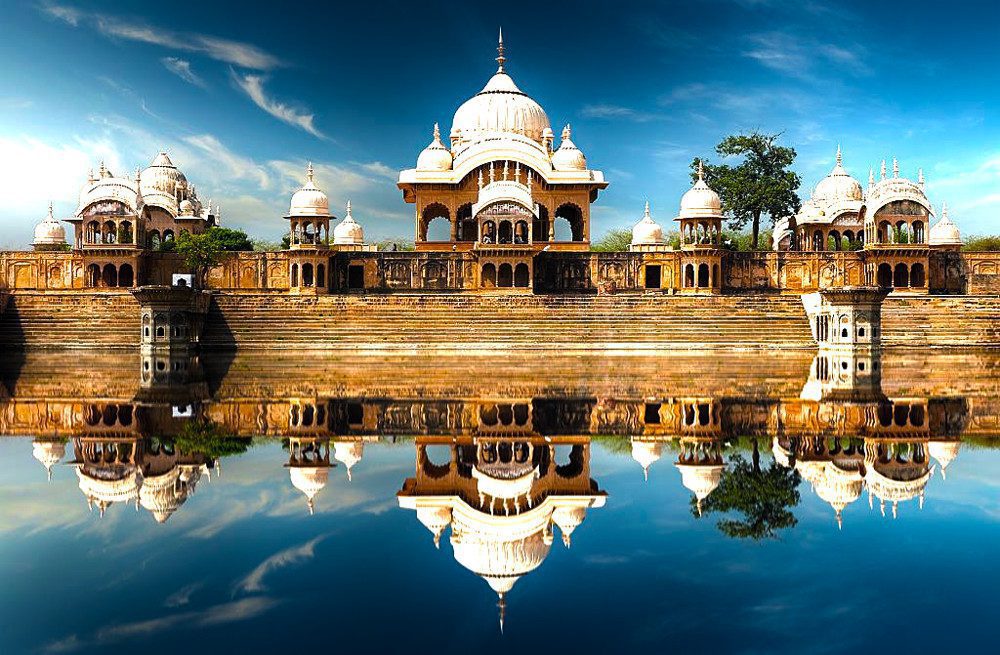 Mathura is the land of Lord Krishna and majestic yet old temples. A land where the cow is revered as a mother, where fields, milk, cattle, and temples infused with incense and flowers make up the entire expanse. A town with a rural backdrop, with little to offer in terms of modern amenities, yet so enchanting and one of the best places to explore the self.

Mathura and its region Vrindaban where Lord Krishna is said to have spent his childhood are brimming with life and vigor and hope. For people from outside the state of Uttar Pradesh, this place is a unique and memorable spiritual experience.

You will also be surprised by a large number of foreigners who live permanently in this area, dressed in traditional attire – women in lehenga choli and men in dhoti kurta.
6. Vaishno Devi, Jammu & Kashmir 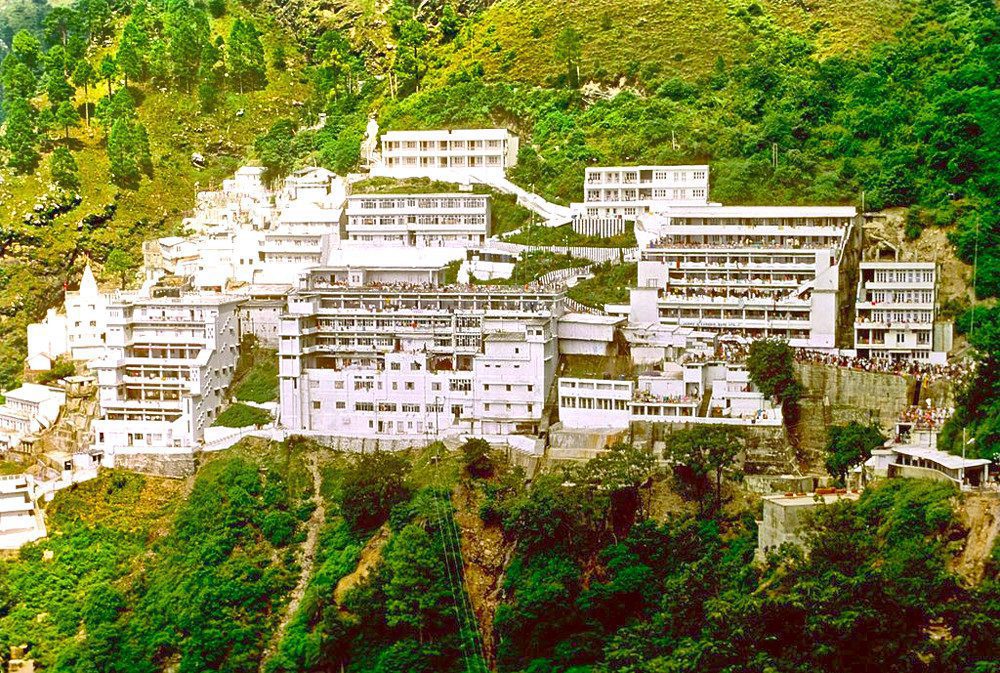 One of the most popular pilgrim centers in the world, the holy shrine of Mata Vaishno Devi is set in the foothills of the Trikuta Mountains in Katra district of Jammu and Kashmir. Here, the Bhawan houses the sanctum sanctorum or the holy cave where the goddess is said manifested herself in the form of natural rock formations, known as the three Holy Pindies. Visited by millions of pilgrims every year, with a faith that the Mother Goddess will fulfill whatever her devotees wish for.

The journey to Mata Vaishno Devi shrine is an arduous yet once in a life journey. Most devotees walk both ways, some prefer to ride a pony, while palanquins are also available for the sick and elderly. A chopper service also operates from Katra to Sanjhichatt, from where the shrine is just 2.5 kilometers.

Trekking uphill to the holy cave, amidst reverberating chants of ‘Jai Mata Di’ and beautiful views of the entire valley, the yatra to Mata Vaishno Devi’s temple is a spiritual journey like no other. Upon reaching the main shrine after the long arduous trek, the spirit of devotion and vibrant positivity around is truly mesmerizing, easing out all the fatigue and exhaustion of the journey. 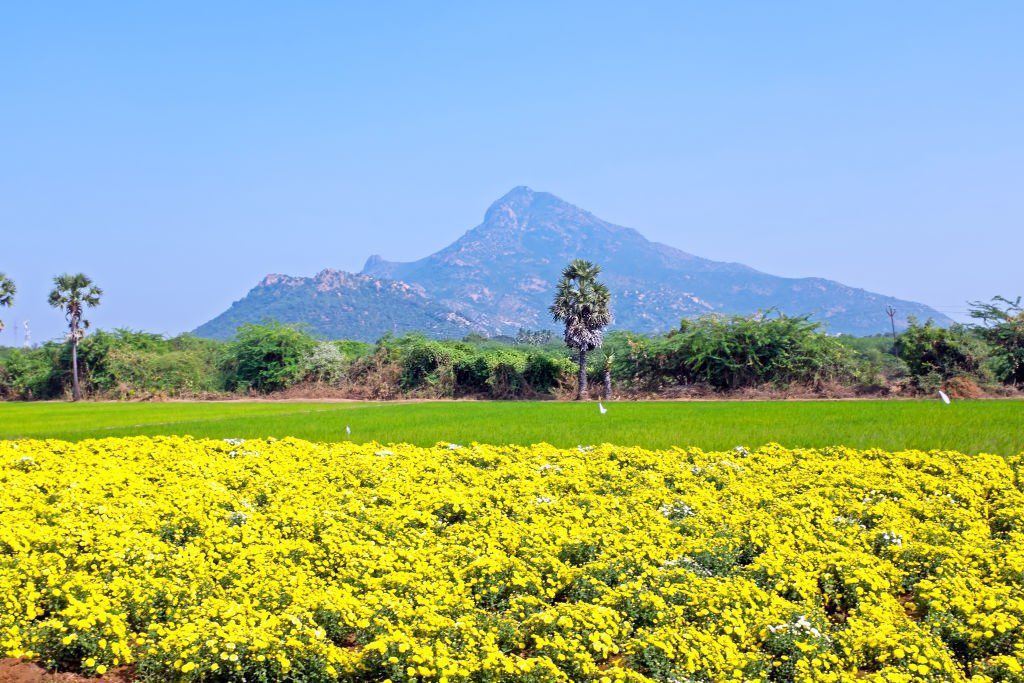 Tiruvannamalai is a Hindu pilgrimage town in the south Indian state of Tamil Nadu. At the foot of sacred Arunachala Hill is the vast, ancient Arulmigu Arunachaleswarar Temple, dedicated to the Hindu god Shiva, with intricately carved gopurams (towers). To the west, the huge Sathanur Dam was constructed in 1958 on the Thenpennai River. Nearby there are gardens, plus a crocodile farm and a small zoo.
8. Puri, Odisha 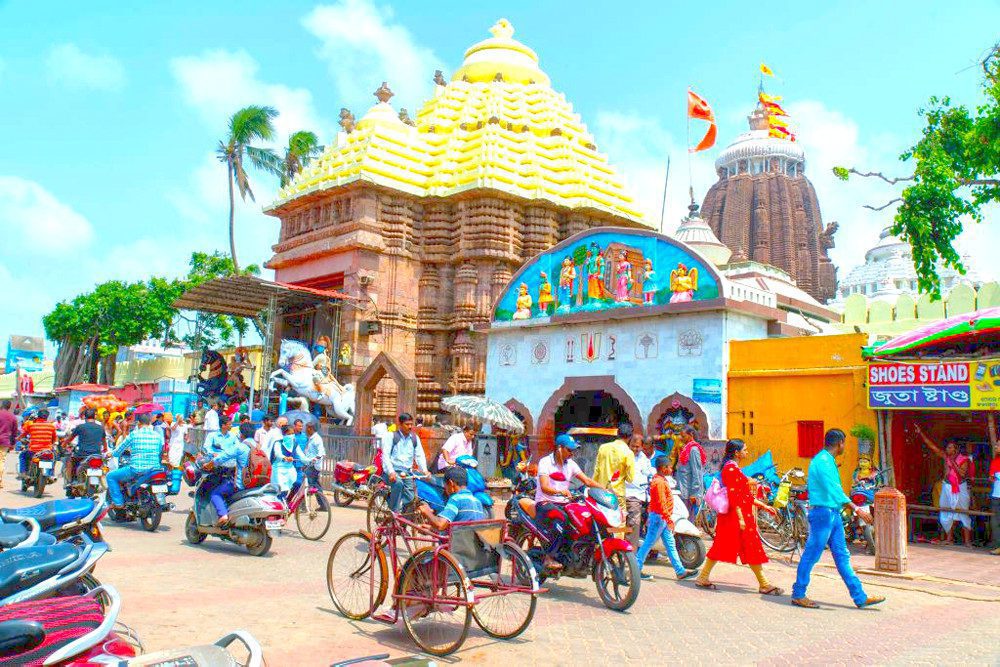 Widely regarded as the resting place of Lord Shiva, the majestic history and heritage of Puri date back to the 3rd century B. C. Puri, Konark and Bhubaneshwar complete the Golden Triangle of Orissa, with their religious significance and cultural heritage being the center of tourism in this state

Puri in Odisha is one of the four must-visit pilgrimage sites for Hindus because of Jagannath Templethat forms the part of Char Dham in India. Puri is the only beach city in the list of spiritual destinations of India. It is located on the coast of Bay of Bengal and one of the favorite destinations for people from West Bengal and other easter states.

Having gained popularity among hippies back in the 1970s due to the legalization of Bhang (Marijuana), Puri is still a popular destination among backpackers, however, the availability of bhang is now limited. The Rath Yatra (chariot festival) which takes place during the month of June-July is the main attraction and also the best time to visit Puri in your spiritual journey.
9. Kedarnath, Uttarakhand 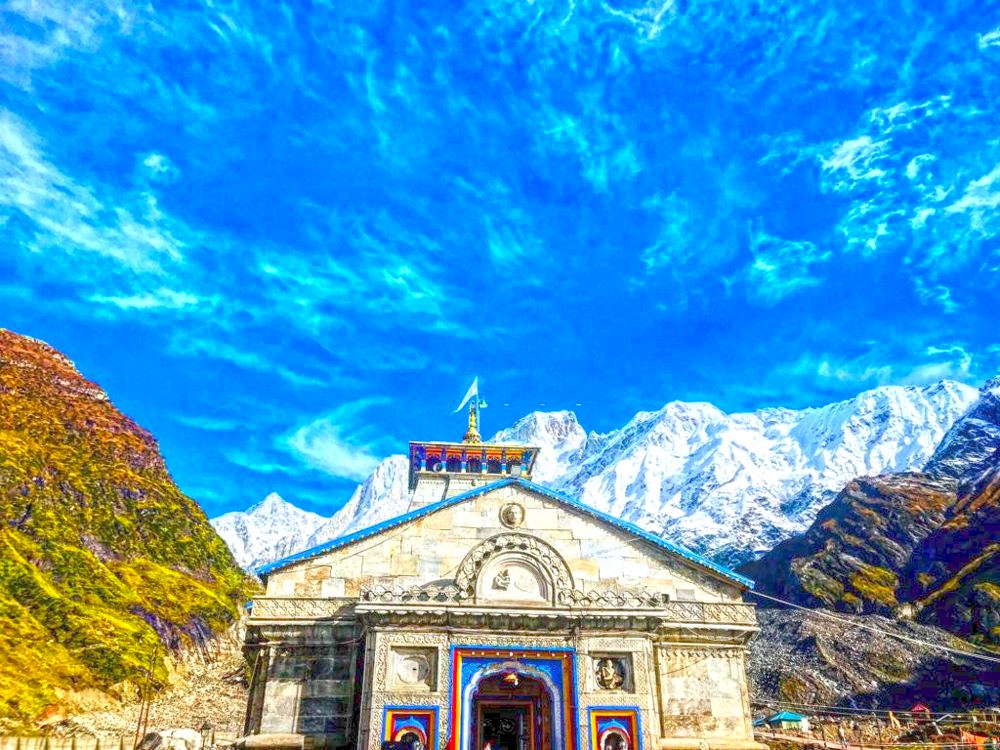 Kedarnath is one of the most sacred Hindu temples as it is a part of Chhota Char Dham Yatra in Uttarakhand. The temple is the highest among the 12 Jyotirlingas dedicated to Lord Shiva. This abode of Lord Shiva can only be reached from Gaurikund through a trek and remains closed for the six months of winters due to heavy snowfall.

The present Kedarnath Temple is believed to be re-constructed by Adi Shankaracharya, initially built by the Pandavas thousand years ago from enormous stone slabs over a large rectangular dais.

Located on the Garhwal Himalayan Range in the Rudraprayag District, the Kedarnath Temple is situated at a height of 3,583 meters. Set amidst the snow-clad mountains near Chorabari Glacier with Mandakini River flowing in front of it, Kedarnath witnesses lakhs of devotees every year due to its religious significance.

Kedar is another name of Lord Shiva, the protector, and the destroyer, and its believed that a journey to this sacred land opens up doorways to “Moksha” or salvation. Rudra Gufa (cave) is famous for being a ‘modern meditation cave’, modern amenities are certainly not something unheard of here, though the place stands in a completely isolated area. As a guest, you will be provided with drinking water and electricity while a heater and attached toilet are also present inside the cave. 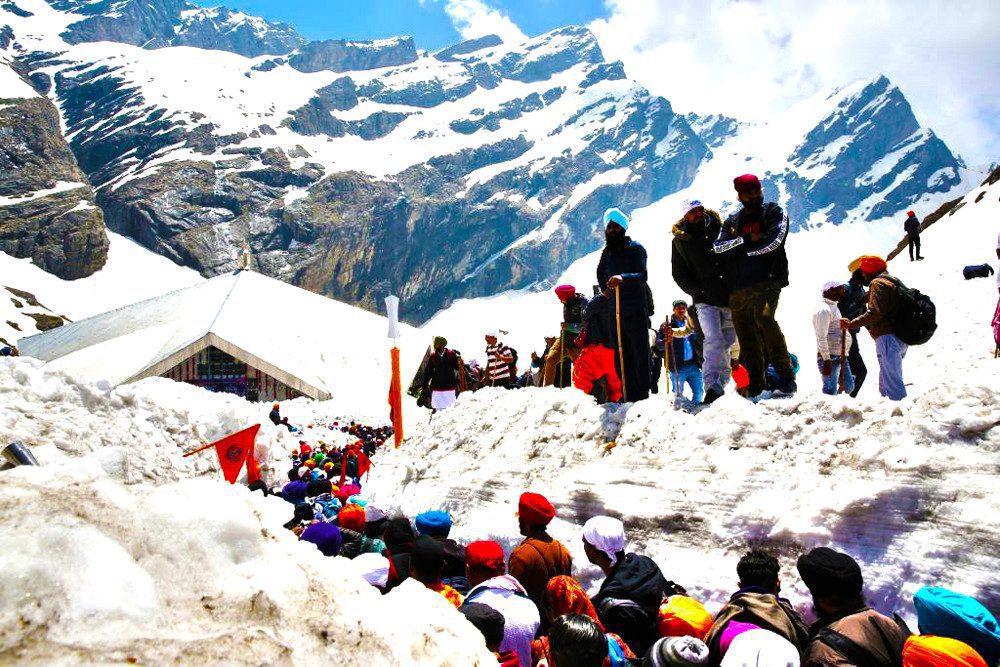 Hemkund Sahib is a highly revered Sikh place of worship in the world. What makes this religious site even more popular is its location at a dizzying height of 4636 meters. Nestled in the lap of Garhwal Himalayas, this sacred Sikh pilgrimage destination is annually visited by a large number of devotees from far and wide before it closes down for the winter season between October and April.

From the month of May, Sikh pilgrims start to arrive at Hemkund Sahib to help repair the damaged trail over the winter months first and then for performing pilgrimage. This tradition is called Kar Seva or selfless service, which forms an important concept in the Sikh faith. Hemkund Sahib also houses a scenic lake, in the water of which, the devotees take a dip. As per the Hindu mythology, Hemkunt Sahib was known as Lokpal, which is a lake that was a meditational grounds of Lakshman, the brother of Lord Rama.